"We have achieved a clear return on investment with increased employee efficiency and improved internal communications.”

Littlewood Fencing is one of the largest and most diverse fencing contractors in the UK with a turnover of over £20 million. The company delivers everything from garden fence panels to highly regulated fencing for highways, rail, aviation, and maximum security locations.

Switchplane has been working with Littlewood Fencing since late 2018 and the staff portal is proving to be invaluable to the business.

Littlewood Fencing initially came to Switchplane to solve a problem with purchase order generation, which was previously handled manually using a slow-to-load Excel spreadsheet and prone to errors and inconsistencies. We came up with an automated solution which has removed significant amounts of manual checking and processing. Following that, we have built an invoice approval workflow on a serverless system which uses AWS OCR technology to read incoming PDF files and assign them to the correct manager for approval.

Since streamlining this part of the business, Switchplane has built functionality to take the pain out of other heavily manual and time-consuming processes, including the submission, review, and approval of timesheets, HAVS health and safety assessments, and daily forms recording work and variations completed on site.

Further work has focused on a new dashboard as a central hub of news and activity in the company, notifications, an onboarding tour, and holiday requests as the start of an HR portal. With more staff members working from home, at different Littlewood bases, and out on site, the benefits of digitalising paper-based processes and upgrading from spreadsheets is of prime importance.

Littlewood’s purchase orders were previously being generated using collated data in an Excel file, which was slow and prone to human error.

This information goes through validation checks to ensure the purchase order is complete, then the system generates the file as a PDF and allows this to be saved or directly emailed to the supplier. The purchase order is filed against the person raising it as well as the job. In some cases, there is a secondary step of an approval queue for contracts managers to review and send to suppliers.

Get the latest Switchplane news to your inbox.

"The quality of [Switchplane's] programming is very good and system reliability is excellent.

The invoice approval process was long-winded, involving a lot of manual administration time; the workflow from invoice receipt to payment could easily span weeks. Switchplane has developed an automated invoice approval workflow to streamline this process and reduce the approval time to hours.

Switchplane built a serverless system using AWS OCR technology, which reads a PDF invoice upon email receipt. This system analyses the invoice for a purchase order number and invoice number. From the purchase order number, it knows who created the purchase order, so allocates the invoice to that contract manager’s approval queue. This manager can then view the invoice on screen, mark it as urgent, approve it for payment, reject it, or put it on hold. Once approved, there is a secondary step for the finance team to import the data ready for payment.

Switchplane monitors the OCR successes and failures regularly to tweak the recognition algorithm to reduce as much manual administrator oversight as possible, and the system can “learn” from human inputs too. Manual intervention is now almost eliminated and payment turnaround times have been drastically reduced. The system has processed over 10,000 invoices correctly with accuracy rates of up to 97%.

Contracts managers are able to submit requests to the design team using the Littlewood Portal. Switchplane created a form which associates design or drawing requests with the relevant job and cost centre, and allows staff to include relevant scope of work details and attachments. The design team then has access to a request queue that they can assign to members of staff, estimate time to complete the work, and record actual time against these tasks.

Previously, time spent on fencing work was recorded through a variety of methods - messaging a manager, sending a photo of a timesheet, or submitting notes on paper. This was time consuming for managers to reconcile on a weekly basis in order for their fencers to be paid.

Switchplane has created a digital workflow for this, where every day, fencers log on to a mobile-friendly version of the portal, record the type of work completed on a particular job, pay details, and notes, then they sign off their day’s work and submit it to their manager. The manager has a dashboard where they can then review and agree (or reject) their staff timesheets, and submit these at the end of the week for the finance team to review and pay. The finance team has the ability to complete a final lock on the staff timesheets as a whole, prior to the payment run.

In order to satisfy health and safety requirements with regards to Hand-Arm Vibration Syndrome, fencers are required to complete HAVS assessment forms on a daily basis prior to completing their timesheets.

Fencers are able to select which tool on record they are using (or add another) and for how long, and this calculates their HAVS points and warns them if they are exceeding their limits. The health and safety team are able to review tool usage and speak to team members about this usage as appropriate.

Staff on site have a variety of daily forms to complete in order to track progress of work. Each morning, they are required to list who is present on site and what work and plant machinery will be used.

Throughout the day, fencers are able to record and track variations of work and delays, upload photos of the work, and record what has been completed on that day. Switchplane has built the functionality to make this possible on mobile-friendly screens.

Switchplane has built functionality for the finance team to be able to review timesheets for their fencers and design team. They can approve these prior to downloading the data in a CSV format, to import into their separate finance system.

Administrators for the portal have their own separate queues for viewing and handling problematic purchase orders or invoices, where they have missing information or are unable to be read by the OCR software due to poor formatting.

Administrators also have the functionality to check on statuses of automatic job and supplier list imports to the system, manage fencer tools, manage user privileges, and reset user passwords.

We have implemented a useful, functional, and attractive main central hub for Littlewood staff to use on a daily basis.

This includes a menu drawer, for easy navigation across the whole portal; a Company News feed, for important updates and staff notices; a place for company documents to be stored; "You Said, We Did, a feedback and actions area; a section for staff to seek advice relating to daily tasks and business processes and for others to give advice; a Company Poll, to get feedback from the whole team; a Company Directory, to find internal contact details; a Mood Checker, to input mood on a daily basis and prompt action if unhappy; and finally a BBC News feed and weather widget.

This brings all staff together in one place and works as a jump-off point for any actions needed within the portal. Thanks to the poll feature, we know that the new dashboard has had an overwhelmingly positive response from the whole Littlewood team, with 93% of staff members saying they like the new look.

We added notifications to the portal. There are varying levels of notifications, from a small green number on areas requiring attention, the familiar bell icon with a red number for more important tasks, and a pulsing bell for urgent tasks. Within a week of the roll out of this feature, an significant uptick in the speed of completion of tasks was noted.

To assist with the adoption and learning process around the new dashboard, we introduced the functionality for an onboarding tour. Everyone visiting the portal for the first time is shown the tour, highlighting the features listed above. This functionality can be used on other pages to provide guidance as new features are added over time.

In an effort to gradually cut out paper-based workflows across the company, work has been started on an HR area of the portal. This initially gives all staff the ability to make holiday requests, view their outstanding leave balances, and see the dates they have booked off. This functionality will expand to include more features for the HR team to use.

“We selected to work with Switchplane for bespoke software because there was no off-the-shelf option. The quality of their programming is very good and system reliability is excellent. We have achieved a clear return on investment with increased employee efficiency and improved internal communications.”

Can we help with your project? Get in touch. 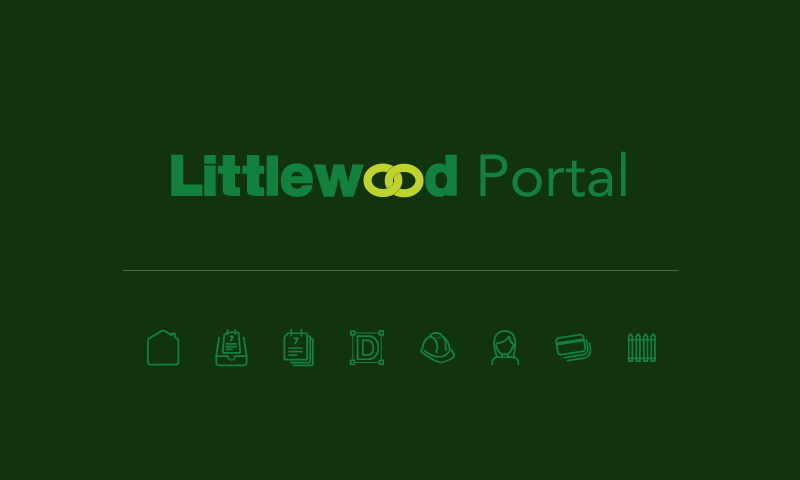 Getting everyone on the same page at Littlewood Fencing 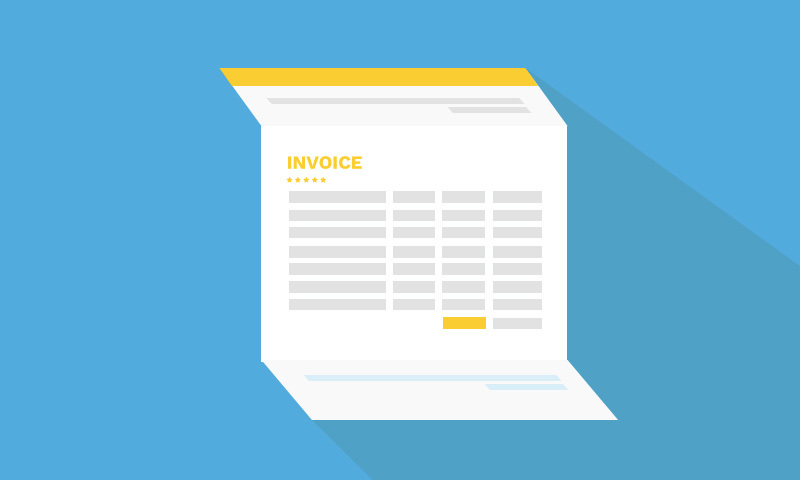 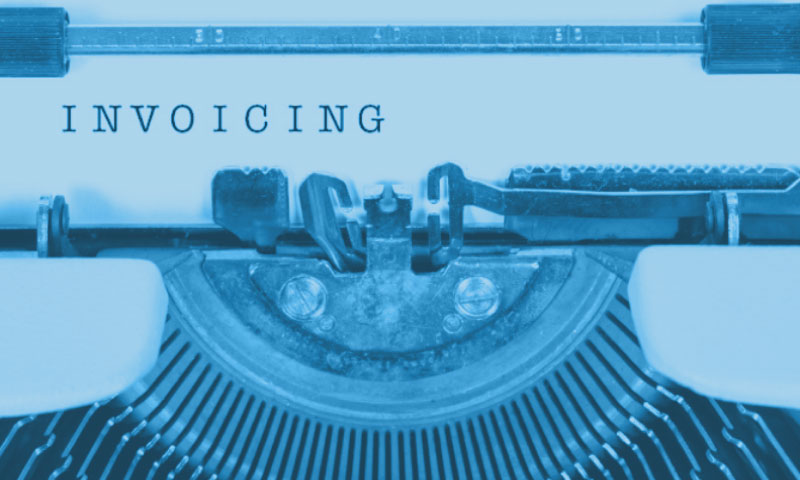 Fill out our contact form and Garry or Sarah will get back to you.

When contacting us via this form, we'll only use your details to reply to your message. For more info please see our privacy policy